Places to visit in Fuengirola 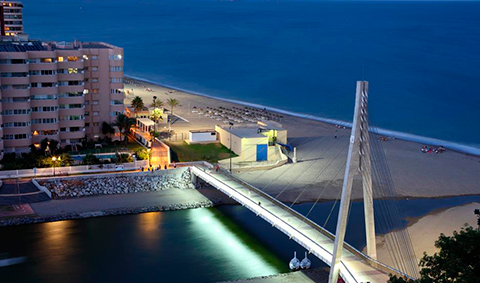 Fuengirola is a large city. It is a major tourist spot on the Costa del Sol. Fuengirola has over 8 kilometers of beaches and is home to a medieval Moorish fortress. The temperatures are ideal for a holiday, as it has a subtropical Mediterranean climate. Fuengirola offers all the amenities you would expect from a major tourist center - hotels, restaurants, bars, discos, sports, leisure port, and broad beaches along a seafront that stretches from east to west of the city and it includes smaller adjacent towns.
Although Fuengirola is a relatively developed complex also has a number of historic sites and open parks.

Places to visit in Fuengirola 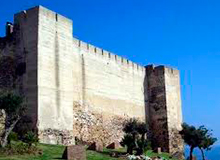 Sohail Castle is located 38 meters above sea level, next to the river of Fuengirola. It has spectacular views of the coast.
After undergoing rehabilitation and remodeling has been used as a meeting point for holding parties, events and cultural events; the best known are: the Beer Party, the Festival of Fuengirola and the Medieval Market. 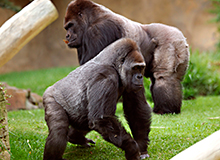 Bioparc is a zoo integrated in organizations actively engaged in preserving nature. They are trying to preserve the habitat of the species to save and integrate the visitor in the natural environment of the animal to make observe it in its natural life. Bioparc offers the possibility to enjoy a little more understanding on ecosystems and the importance of conservation and protection. 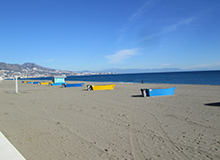 Fuengirola has 8 kilometers of coastline which are divided into 7 beaches.
All beaches are sandy and low with calm waters, urban in character and suitable for swimming. The 7 beaches in Fuengirola have been awarded the prize of the Blue Flag for water quality, safety, environmental management and general services. 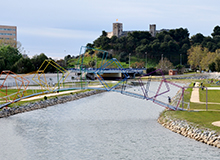 It is a park created in the river of Fuengirola taking advantage of the riverbank to create leisure activities, recreation and sports. The banks of the river were landscaped and include paths for walks, rest areas, bike lanes, sports areas, basketball courts, tracks boules, table tennis, etc... It is an ideal place to relax, walk or play sports while enjoying the scenery instead. 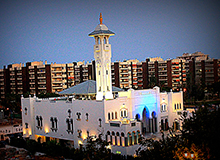 The mosque was inaugurated in 1992, is known as "Islamic Cultural Center Suhail".
The creation of this mosque came from the idea that Muslims can preserve their identity in harmony gradually integrated into Spanish society. The mosque was seen as an opportunity to have a bridge meeting in different cultures and religions, and a way to understand each other better. 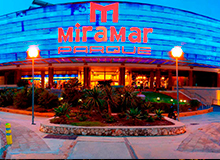 The "Parque Miramar" mall is one of the largest shopping areas of the Costa del Sol. It was opened in 2004. It has more than 2,500 parking spaces, trendy shops, phone shops, gift shops, Eroski supermarket, movie theaters with film projection in 3 dimensions and original version, playground and restaurants. It is located near the city center and beaches. 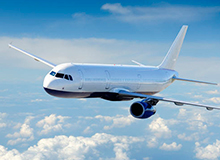 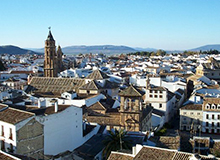 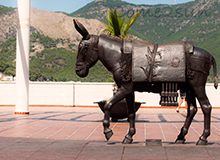 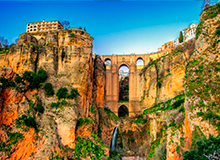 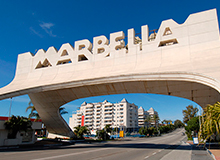 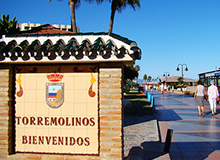 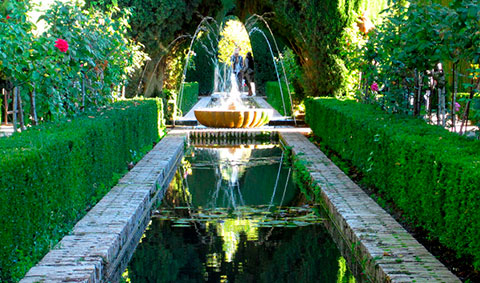 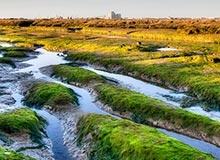 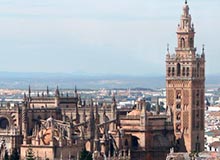 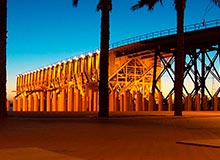 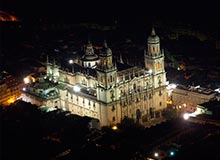 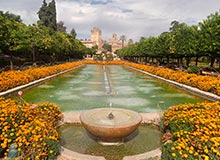